1965 Shelby Cobra Copper bodied Roadster by Kirkham. This magnificent Cobra was built by Kirkham as an anniversary special. It was their intention to build a dozen of the cars, but the plan was aborted leaving only this one single example. So be the one and only to own it for $110,000. 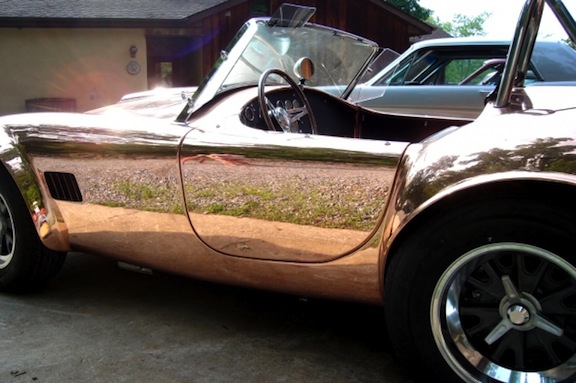