M.I.A. is BAACK!! The track, dropped on BBC Radio 1 earlier this week (January 30), is taken from the singer’s as-yet-untitled fourth studio album due for release later this year. The beat was produced by Danja Handz (the one who produced a lot of Timbaland songs, yeah.). Video was shooted by Romain Gavras﻿ in Morrocco. I think it’s a relly dope video with all that car stunts + it matches with the beat so another gr8 work by M.I.A. waiting fo moar!!! 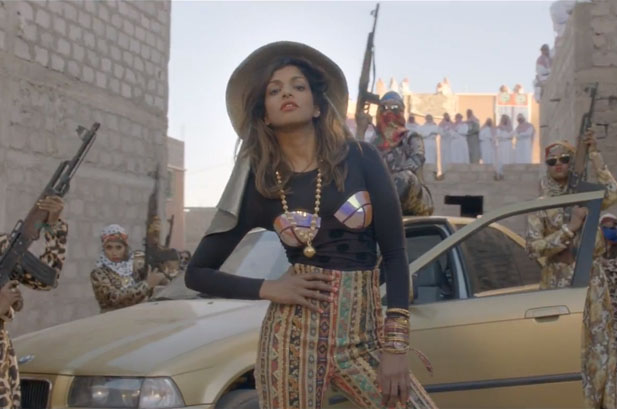